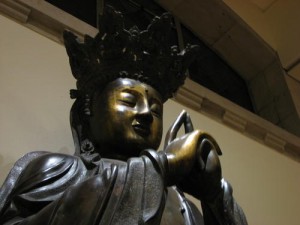 Since 1989, Deborah has maintained a professional and personal relationship with museums. Beginning at the Royal Ontario Museum (ROM) in Toronto, under the directorship of T. Cuyler Young, Jr., Dr. Ruscillo studied under the curator of East Asian galleries learning East Asian art and archaeology. Her studies in Greek archaeology offered opportunities to work with the collections in the Bronze Age Aegean, and Greek galleries. Her zoology training allowed her a research opportunity with the extensive bird collections at the ROM, specifically cataloguing and measuring the bones of Empindonax species. At the Center of Biodiversity at the ROM, Dr. Ruscillo worked in Mammalogy studying the morphological variations of individual skeletons in the extensive fox collection. 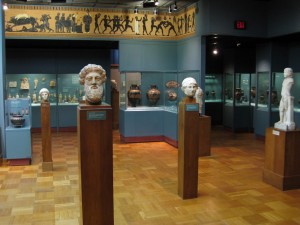 While studying in the United Kingdom (1995-1997), Dr. Ruscillo accessed and studied mammalogy collections from more than 20 museums, including the Natural History Museum in London, the Oxford City Museum, the National Museum of Wales, the Glasgow Museums, the Ancient Monuments lab of English Heritage, and the National Scotland Museum.

In Winnipeg 1997-2001, Dr. Ruscillo utilized the artifact collections at the University of Winnipeg for her teaching in Anthropology, and also organized and ran identification clinics at the Manitoba Museum (then, Manitoba Museum of Man and Nature).

Since 1996, she has developed and curated a comparative shell collection at the Wiener Laboratory of the American School of Classical Studies at Athens. 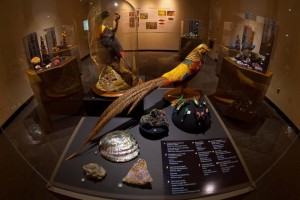 From 2002, Dr. Ruscillo has studied artifacts in the St. Louis Art Museum, created assignments for her classes in the museum, and has given invited thematic gallery talks. Galleries included in her class assignments, and gallery talks include the Ancient Art, African Art, Egyptian Art, Americana, the Romantic Age, and European Painting galleries. Other public institutions integrated into her teaching include the St. Louis Science Center and the St. Louis Zoo.

While teaching Modern Greek Culture for the MOCON study abroad program in 2006, 2008 and 2009 in Greece, Dr. Ruscillo used the collections at the Alexander Soutzos Museum National Gallery in Athens, and in the Ethnic Historical Museums to educate her classes about the ethos of Greek culture.

The museum as a public educational establishment has always been an integral part of Dr. Ruscillo’s professional and academic career. She believes that only through museums and their programs can the greater public be educated about the world, its cultures, its environments, and its natural history. By incorporating museums into her classes at the university, she promotes greater and augmented learning by utilizing actual objects while also advocating for the importance of museums in public education, particularly during the recent push in STEM education.